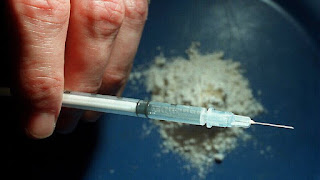 Running around 100 kilometres a week with a body that has absorbed many thousands of kilometres over the past 46 years, and knowing that it increases the chances of a future knee replacement or other terminal injury, is not rational.

I know it, yet pride myself on generally being rational and cool-headed.

I can substitute "running" for "drug" (with some grammatical flexibility) in the above symptom list and many of them apply to me. I am addicted to running.

But does the running addiction matter? It may bring my running career to an earlier end. I may be getting around on a walking stick by the time grandchildren arrive. My legs may not tolerate the hiking and cycling adventures still on my bucket list. It may dominate my social life.  All of these things do matter, but others matter more.

My father is now a nursing home resident with a quality of life I have no wish to emulate. His fate has reinforced a desire to live life to the full while I have the means. I'll be 65 in six weeks and there are many ailments that could claim me in the years to come. I only have to look around my demographic.  My legs can't be the only thing wearing out.

The last six months of running has given me rewards (highs) that I thought had been consigned to history. It makes me feel alive and younger. I believe that more may be achieved with determination and good management, and I want to see how far I can go.
Posted by Dave Byrnes 2 comments: